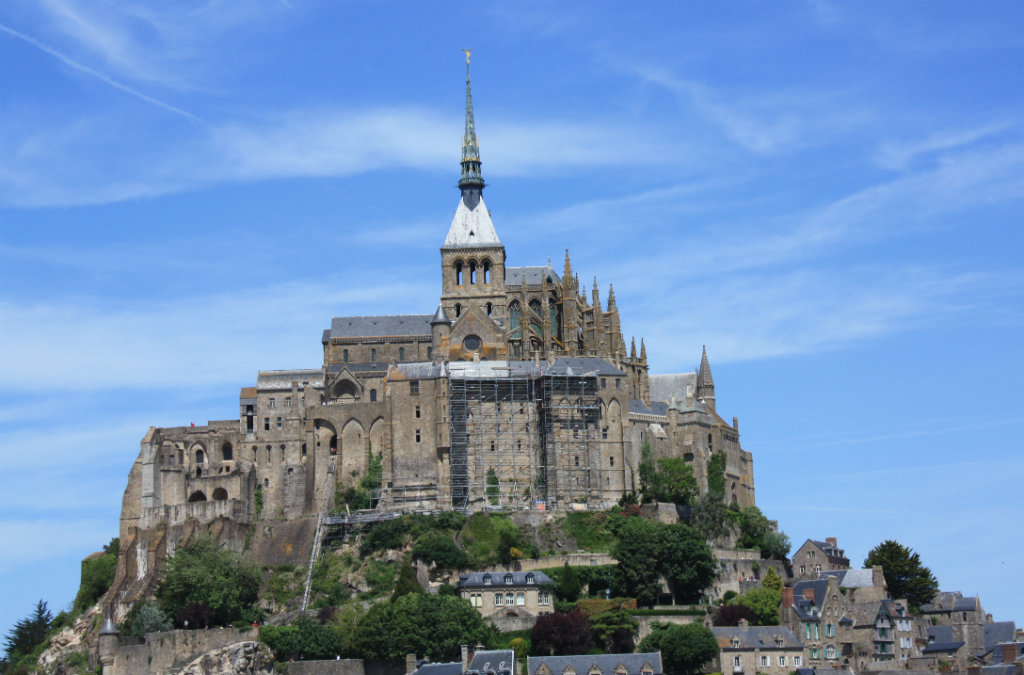 The mountain and abbey on magical Mont Saint Michel in Normandy is located on a rocky tidal island. When the tide is low there is a road between the island and main land. Mont St Michel is a true wonder and is on the UNESCO World Heritage list.

The abbey was built between 11th and 16th centuries but the mountains has since long been fortified and used durig several wars.

More from GardenMore posts in Garden »